Together with Rabobank Almere and MyLaps, Challenge Almere-Amsterdam launched a new app with which supporters can track their favorite athletes during the race. The app is free and can be downloaded from the Apple App Store and Google Play Store.

Via “Live Tracking,” people can enter the bibnumber of the athlete(s) they want to follow during the race. They will be informed about the athlete’s position on the course, his or her ranking in the race, average speeds, etc. Multiple athletes can be followed simultaneously.

Live streaming
The Challenge Almere-Amsterdam can be watched from any place in the world, thanks to live streaming via the internet and on the screens in the stadium. During the race, the website live.challenge-almere.com will go online and provides live coverage of the event on Saturday. 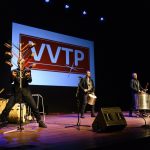 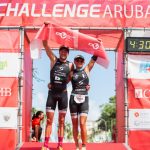