Challenge Almere-Amsterdam is the oldest long distance triathlon of Europe, and after Hawaii the oldest triathlon of the world! In this classic race, athletes cover a 3,8 swim course, 180 kilometer bike course, and 42,2 kilometer run course. Since 1983, this renowned race starts and finishes in Almere.

The Challenge Almere-Amsterdam takes place in the second weekend of September. On Friday, the weekend traditionally starts with the Junior Challenge and Challenge4All. On Saturday, the long and half distance triathlons are held, and athletes can also compete in teams of three during the TriTogether on both distances. The weekend is officially closed on Sunday with the spectaculair short team relay series during the Business and Family Relays and with the finals of the Lotto Premier League Triathlon. See http://www.challenge-almere.com for more information about the program and possibilities for entering the race.

Flat and Fast Course
Athletes swim one or two rounds in the lake Weerwater in Almere Stad. The bike course starts on the Esplanade and runs along the Weerwater through the woods of Almere Haven towards the dike. Via the Oostvaardersdijk and the nature reserve Oostvaardersplassen, athletes continue the course to Lelystad. At Lelystad, athletes turn right on the Knardijk and continue through the landscape of the polders to Zeewolde. The bike course ends in the center of Almere where athletes start their marathon around the Weerwater. The stadium is located on the Esplanade from which supporters can cheer on the athletes. The stadium is especially interesting during the marathon: athletes pass the stadium several times before finishing. Alongside the course are various hotspots where supporters can also cheer on their favorite athletes.

Economic Impact
In 2013 and 2014, Sportservice Flevoland conducted a research into the economic impact of Challenge Almere-Amsterdam in the province of Flevoland. This impact was determined at 1,1 million euro in 2014. The research was conducted according to the national WESP-method (Working party Evaluation Sports events) and specifically investigates additional expenditure: expenditure of visitors whom, if the Challenge Almere-Amsterdam would not have taken place, would not have visited Almere and region.  The visitors who were asked for this research originated from the Netherlands as well as foreign countries, and on average spent € 59,11. They especially spent money on food and beverages. Furthermore, about 20% of the visitors spent the night in Almere and surroundings. The economic impact of the 2014 edition rose with 37,5% in regard to 2013 (€ 800.000).

Evaluation by Participants
Every year, the Challenge Almere-Amsterdam wants to improve the race in order to make it even more compatible with athlete’s wishes. By means of a survey, athletes give their opinion about the race after they have finished it. The questions in this survey cover the course, the care for athletes before, during, and after the race, the registration process, the accessibility of the race, and the communication from the organization. In 2015, 75% of the respondents thought Challenge Almere-Amsterdam to be better organized than any other race they participated in that year. Similar to 2014, the Challenge Almere-Amsterdam received a final grade of 8,5. 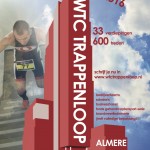 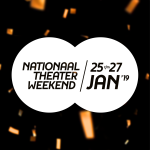